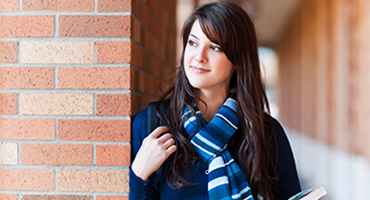 Maya is an 8-year-old student in year 3 and she’s been learning Chinese for less than one month. Her mother shared with her how Chinese is becoming an increasingly important global language and she’s decided to learn Chinese. She is the first child student to come for lessons every week at the Centre. She is a pretty, bubbly student with a gift for learning languages. After just a few short classes she’d learned how to count in Chinese, write some Chinese characters and even engage in basic conversations in Chinese. At the Sydney HSK Centre’s Chinese New Year Gala, she amazed the whole audience by singing a Chinese song entitled “Happy New Year”.

Zhu Li is an Australian born Chinese student. Growing up, Chinese was just a compulsory subject, which she had to study every Saturday morning, however she gradually started to appreciate the opportunities that the Chinese language could bring. She realised when travelling through China that speaking Chinese allows her to converse with people from different backgrounds with interesting stories to tell. This took her from having a very superficial understanding of China to having a much deeper appreciation for the culture. Meanwhile, she came to learn that there are many commonalities between Chinese and Western cultures, despite the two being worlds apart.

When talking about what she’s learned, she said: “My Chinese has really improved studying at the Sydney HSK Centre. I can now understand the connotations of more words in Chinese TV dramas and understand more words used in daily life. But for me learning Chinese is not just about listening and speaking. If you really want to properly understand Chinese culture you need to learn to read and write. During my two years studying Chinese at the Sydney HSK Centre, my teachers would carefully explain how to tell the difference between similar-meaning words, as well as lessons about Chinese culture and customs. My classes really helped me to start using Chinese more accurately to express myself. Now I’m going to keep studying harder and harder, and hopefully improve even more!

Bao Sicong has been studying at the Centre for 4 years. After marrying a Chinese woman he decided that he must learn Chinese. With a lot of perseverance and effort, along with the support of his teachers, he’s now able to speak Chinese fluently and has had many opportunities to participate in several Chinese cultural events. For example, after being nominated by the Sydney HSK Centre he was invited to participate in the 201 Chinese bridge competition and represented Oceania with terrific success.

Weilan has been coming to the Centre for 3 year now. Through her hard work and consistent effort, she’s been about to go from HSK Level 2 to HSK level 4. Each year she goes to China and has travelled all across the country. What she finds most rewarding is that not only can she used and show off her Chinese while travelling, but each and every time her Chinese improves immensely. She’s really appreciative of the help of all her Chinese teachers at Sydney HSK Centre.

Rosely has been learning Chinese at the Centre for half a year. Most of her friends are Brazilian, however her boss is Chinese and in order to make more Chinese friends she decided to learn Chinese. By coincidence a friend recommended Sydney HSK Centre and her and her husband, Maicon, started coming to classes. After just half a year of classes, she’s already reached HSK level 2 and made many Chinese friends along the way. She now has a better understanding of Chinese history and culture and accompanies her husband to trade shows in China. They both plan to expand into the Chinese market in the future.